One of the must things that you have to do while in Malta is visit this site.  We did not take the hop on hop off bus but took the local bus from St. Julians. It’s surprising that this site is older than Stonehenge yet not as popular. Nevertheless, Ħaġar Qim is a UNESCO World Heritage Site, inscribed as part of ‘The Megalithic Temples of Malta’ in the World Heritage List.

There are 7 megalithic temples found on the islands of Malta. Ħaġar Qim is one of them.

Ħaġar Qim Temples first excavated in 1839, the remains suggest a date between 3600 – 3200 BC, a period known as the Ġgantija phase in Maltese prehistory.

Stonehenge earliest structures known in the immediate area are four or five pits, three of which appear to have held large pine ‘totem-pole like’ posts erected in the Mesolithic period, between 8500 and 7000 BC. (english-heritage.org.uk).

Ħaġar Qim was in fact never completely buried as the tallest stones, remained exposed and featured in 18th and 19th century paintings.

On the island of Malta, the temples of Hagar Qin, Mnajdra and Tarxien are unique architectural masterpieces, given the limited resources available to their builders. 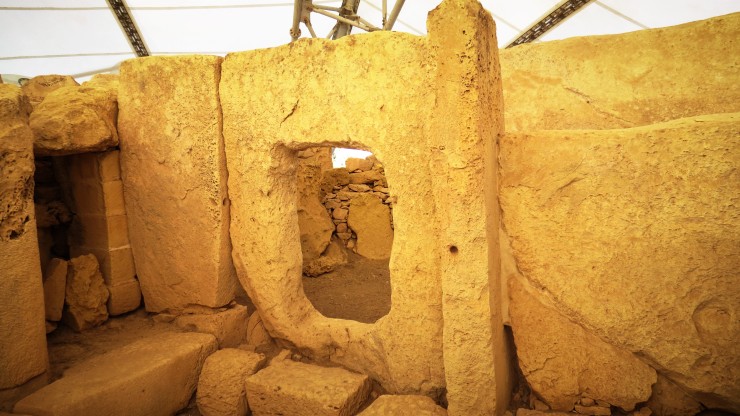 The six components of the property have a high level of authenticity. They consist of well-preserved remains of megalithic temples, with evidence of different phases of construction in Antiquity.

During the spring and autumn Equinox (20-21 March, 21-22 September) the sun rises in line with the main doorway of the South Temple, passing through the central corridor to the innermost apse. During the Summer Solstice (21 June) and Winter Solstice (21 December), a narrow beam of light just makes its way through the main doorway at sunrise. On all these occasions Heritage Malta organises guided tours to allow visitors to witness the phenomenon.

The temple builders used locally available stone of which they had a thorough knowledge. 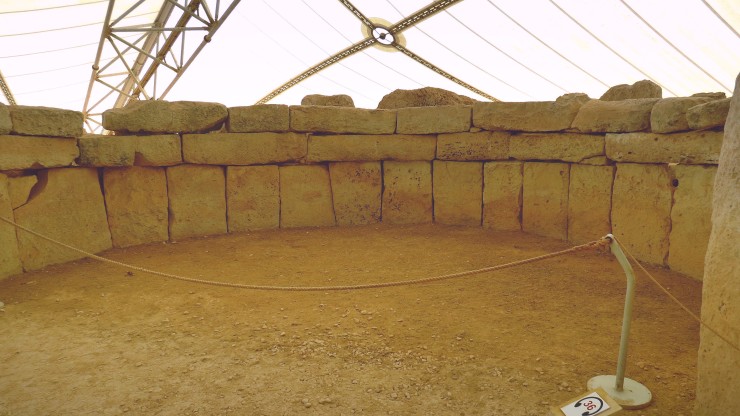 They used hard coralline limestone for external walls and the softer globigerina limestone for the more sheltered interiors and decorated elements.

Tip. After going inside the Ħaġar Qim. Stroll around the park and discover a beautiful historical scenery overlooking the sea and the islet of Fifla.

This site uses Akismet to reduce spam. Learn how your comment data is processed.